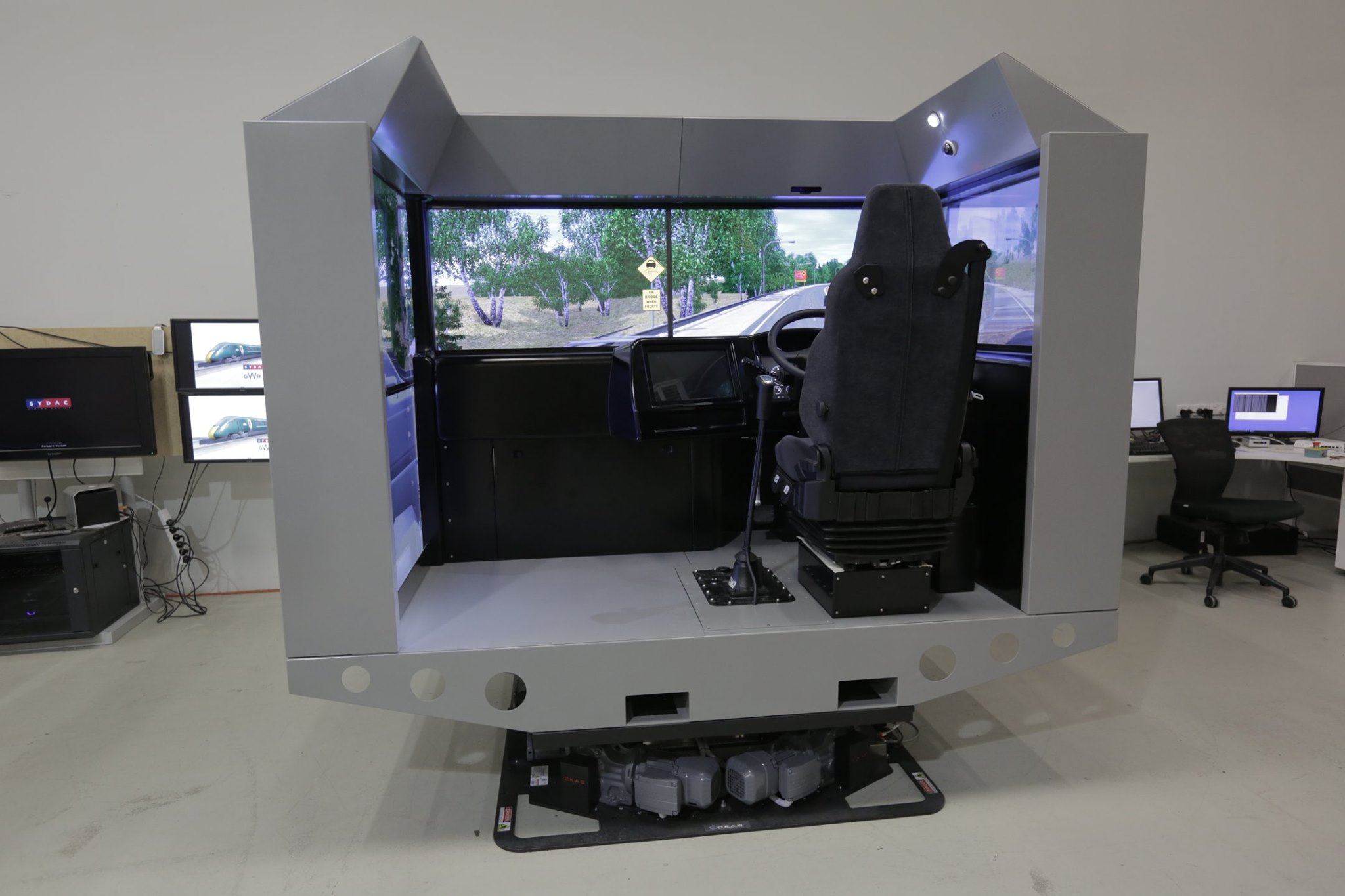 A BRAND-NEW simulator will help improve road safety for the Road Transport industry in South Australia and beyond.

Officially launched last week by South Australian Minister for Road Safety, Vincent Tarzia, the world-class HVSim developed by Adelaide-based SYDAC and will be used by heavy vehicle drivers to train for the South Eastern Freeway descent into Adelaide.

The simulator will be used for training and research purposes, to increase driver capability and safety for truck drivers using the South Eastern Freeway descent, with the potential to expand the program to cover other routes, both locally and nationally.

The project has been funded by the Federal and State governments, with $350,000 under the NHVR’s Safety Initiatives Scheme and $100,000 from the SA Government plus another $100,000 from SARTA and the Livestock and Rural Transporters SA, in a project developed and implemented by SARTA.

Minister Tarzia said at the launch: “Its better that drivers learn, adapt and overcome skills challenges in the HVSim rather than out on the road, because if they crash the HVSim nobody gets hurt.

SARTA President and Whiteline Transport director Sharon Middleton said: “This HVSim project will be the first in the country used by the industry for training on specific high-risk routes, including the SE Freeway as well as other problematic routes in SA and interstate.

“The HVSim will enable us to conduct training of Heavy Vehicle (HV) drivers in Defensive Driving, avoiding rollovers on sharp bends, and in improving skills in areas such as reversing trucks with multiple trailers,”

“SARTA will also use the simulator in work with academic institutions to undertake research in critical areas such as fatigue management.

“We welcome the commitment of the Federal and SA Governments to this important and innovative safety project which we could not undertake without their combined $450,000 in grants. The industry has committed a further $100,000 to the project to fund additional simulations and a purpose-built trailer to enable us to take make the HVSim available to drivers and operators around the state and interstate.

“SARTA and our industry have always been committed to safety, for all road users as well as our HV drivers and this exciting project will play a key role in advancing that objective.”

SARTA Board Member, Barry Jungfer had his first go in it demonstrating the HVSim for the media assembled at the launch. When asked by the media how realistic it is he said; “it really is like driving a truck”.

The purpose-built trailer being manufactured by Aldom will enable us to take the HVSim around the state and even interstate.

SARTA will soon announce details of how drivers and operators can access time on the HVSim.