INSIDE WHITELINE: WORKING WITH COVID-19 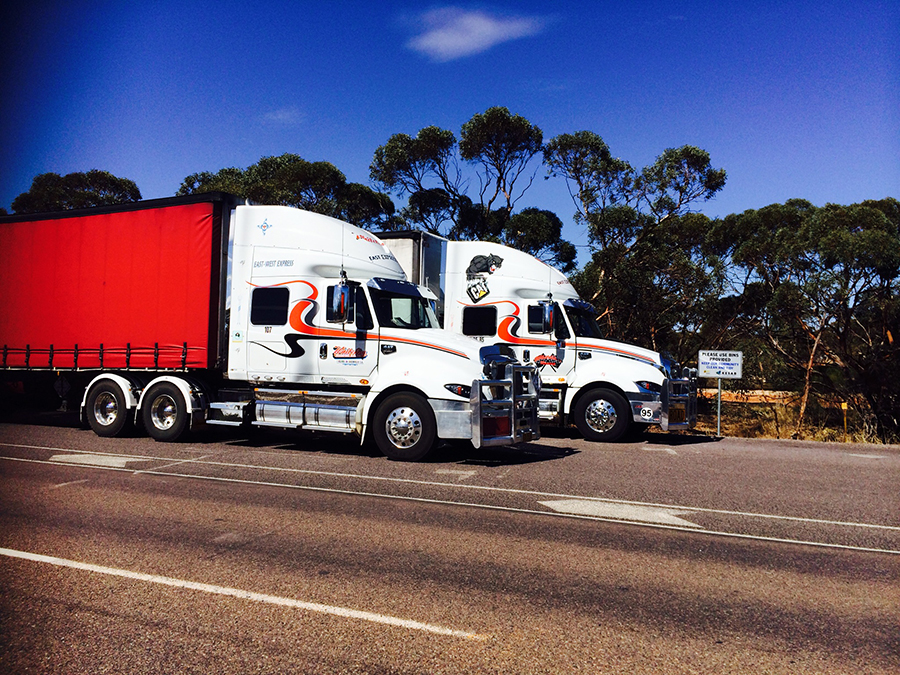 THE CORONAVIRUS pandemic has changed the world, affected lives everywhere and changed the way everyone goes about business.

As a critical service key to the national economy, the transport industry has soldered on through the crisis since early March, adapting to continually changing government requirements, border closures and an increasingly challenging economic situation.

Adelaide’s Whiteline Transport is no different to any other business in the industry, but has managed to pivot to suit the circumstances and continue following those white lines.

The East-West specialists have adapted quickly throughout the last six months to ensure that not only the business itself continues, but people get what they need, when they need it.

“It’s a bit of a cliché but without trucks the country does stop,” says Whiteline’s Sharon Middleton.

As well as overseeing the Whiteline business and it’s 35-strong fleet of trucks, Sharon also takes a broader industry perspective as the president of the South Australian Road Transport Association (SARTA).

“The country as a whole is in enough trouble as it is economically, and it’s going to take years to overcome, so if we have trucks at a complete stop as well that would be a nightmare. We have to keep going.”

But first the home front.

Like every business, Whiteline has quickly adapted to new safety procedures, enhancing personal protection equipment (PPE) and making as contactless environment as possible to protect both staff and customers.

“Covid is a situation that is changing daily that we need to deal with. It’s like nothing we’ve ever had to deal with before. thankfully we’re an essential service,” says Sharon.

“It’s about managing the drivers have got the appropriate PPE, masks, sanitisers, making sure that paperwork is limited – in terms of being emailed wherever possible so there’s no the touching of paperwork, the handing over of paperwork – reducing as much as possible the human interaction as we possibly can.

“Given the type of work we do, we’re able to do it. A lot of it is dock-to-dock.

“Our drivers understand their role in all of this and are routinely being tested,” Middleton added.

“Not a pleasant test by any means and on such frequency too, but they are working through the rules as they evolve.”

With South Australia enforcing hard borders with Victoria and New South Wales, and Perth remaining isolated in the West, managing the border crossings has proven a challenge – even for the trucking industry.

“We’re having to manage the borders because we go to Perth, we go to Melbourne, and we go to Sydney so it’s about managing each state, its own issues. Its about controlling that we don’t contribute in any way the spread of the disease.

“SARTA’s CEO Steve Shearer has and continues to work very closely with Government, Department of Health and other Agencies to ensure the logistical realities are conveyed and considered, and that the arrangements are practicable and workable to ensure trucks can keep delivering essential items – in simple terms – putting food on the table.

“It’s also about making sure people are washing hands, covering their face when they sneeze, all of those hygiene issues which I think, moving forward, even though this has been about Covid, might stick.”

While classified an essential service and still relatively free to traverse the country delivering goods, the Road Transport industry hasn’t been immune from Government restrictions, the closure of borders (both nationally and internationally) and the economic crunch.

“There’s been some parts of industry that have thrived, and some have suffered,” Sharon explains, looking more broadly at the industry as a whole.

“The ones that have really suffered are the ones that rely on imports and exports because the shipping wharves have been either shut down, or are working at a really limited capacity, so that then flows up to trucks – as freight doesn’t need to get to or from wharves to factories.

“But people that are carting fresh fruit, food items, they’ve been busier than ever. People have been needing supermarkets to be stocked up with all the buying they have been doing.

“Fresh food has been exceptionally flat out, wharf business has been tough. Some operators, if they haven’t already, might go to the wall. What we might have lost in one area, we pick up in areas. Home shopping has increased. There has been a shift in what we’re doing and how we do it.”

As always, red tape and tiny margins in the trucking industry mean accessing the various forms of Government support has been a challenge.

“For the industry to tap into that assistance, you need to have shown a 30 percent drop in revenue. The margins are really tight in trucking, so if you had a 30 per cent drop in revenue, by the time you realise that – and realise you needed help – it would be too late.

“We’ve all got big turn over, but we’ve all got big dollars going out to pay bills and pay overheads. What’s left is very small: break even, 2-3 per cent if you’re lucky.

“Reducing the thresholds required to tap into that support would make things a lot easier.

“Financially, it’s very tight and a massive challenge for everyone. We just have to keep pushing through.”