INSIDE WHITELINE: They keys to success 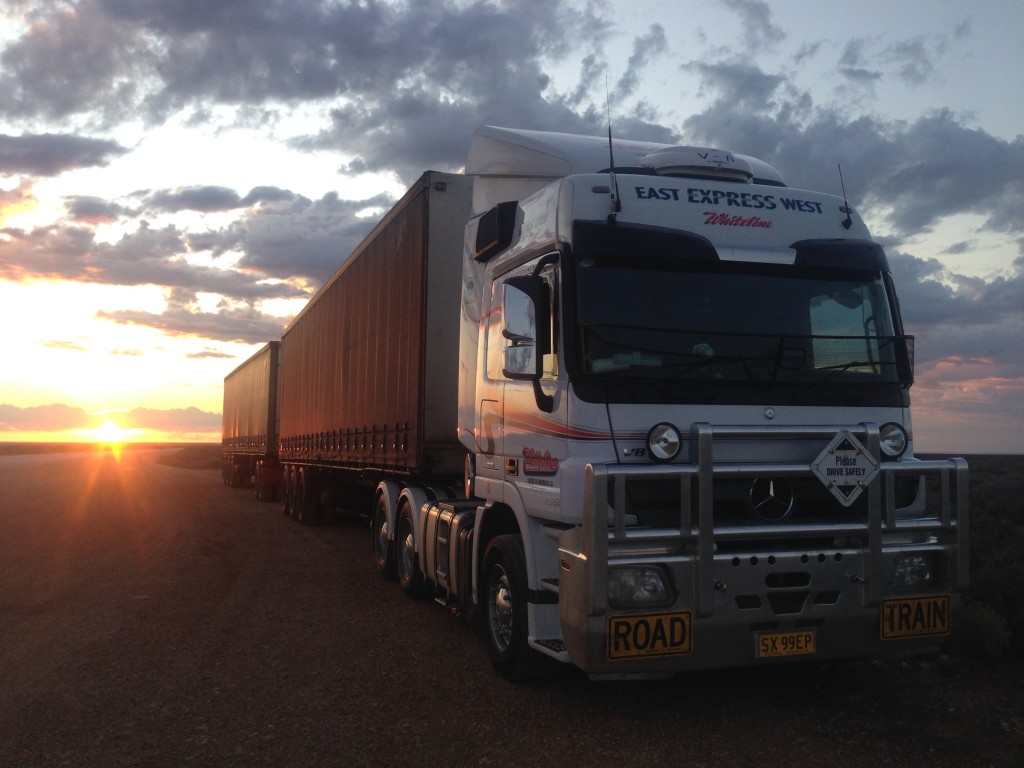 “It’s no good promising a customer something if you know you can’t do it.”

This simple philosophy comes from Sharon Middleton, a powerhouse individual who requires an entire paragraph to describe her achievements, even if she will modestly brush them aside.

For starters there is the Order of Australia medal for services to the Road Transport industry and a leading role as President of the South Australian Road Transport Association (SARTA) and as a director of the National equivalent.

She’s also a key industry spokesperson and advocate, the co-founder of a charity dedicated to mental health, has recorded several albums featuring her incredible singing voice and in her spare time doubles as team manager of a championship-winning car racing team.

Above all that, however, she also leads the family owned Whiteline Transport business that has been a South Australian business success story since 1977.

As a transport company, delivering to customers may be Whiteline’s core business but delivering on a broader scale, on the road and off it, remains central to the growth of the business to this day.

Sharon (‘Shaz’) and Bob – a champion racing driver in Super Trucks and NASCAR competition – Middleton have built and grown Whiteline from the ground up into an enduring business that is also held in high esteem within the industry and beyond.

In four decades of continued operation, Whiteline has grown from a single truck making long-haul runs from East Coast to West to a substantially larger operation with 35 trucks, 110 trailers and 46 staff currently on the books.

And yet the key to their success is that you’re just as likely to find either Shaz or Bob behind the wheel of a B Double or Triple hauling goods across the country as you are to find them in their respective offices at Whiteline HQ.

Whiteline operates from their major depot and head office in the northern Adelaide suburb of Greenfields, with depots in Perth, Berri (in the South Australian Riverland) and a staging area in Dry Creek.

While Whiteline’s fleet operate across the country, a key focus of the business has been the vital 2676km, 28-hour track across the Nullarbor from Adelaide to Perth – long haul routes being the building blocks of the company itself.

The company began as a one-man show with Bob Middleton hauling a White 4000 Prime Mover and Bogie, carrying a load of Jason Recliners, believe it or not, from Sydney to Perth.

The rest, as they say, is history.

“It took him three weeks to do it, and every set of lights he saw, he said ‘is that Perth?’,” Sharon Middleton laughs of Bob’s first adventure.

“A lot of it was dirt road back then and it was really challenging. We have always had a thing about Perth and getting Perth right – and that is what we like to pride ourselves on. We have concentrated on a zone and an area and working on a way to perfect it and get it right.

“We’ve been going West since 1977 and we have found our niche’ in that market. It’s very important to us.”

So too is the culture of the company; much of the successful growth can be put down to a family atmosphere amongst the workforce.

As you enter Whiteline’s Greenfields head office, it is not a receptionist who greets you – it’s usually Rusty, Whiteline’s four-legged mascot (‘he’s chief of security’, says Sharon) that either sits beside Shaz in her office, or alongside her in the truck.

In key areas of the facility, staff members have their portraits up on the wall to celebrate their involvement and achievements in an atmosphere that is relaxed, fun and – though totally professional and serious – laid back.

Sharon says it is the family feeling that keeps the company grounded and ensures the customers remain the core focus.

“We keep it lean. A lot of big businesses have a lot of independent departments and it can be difficult to manage and even more difficult to deal with. We keep it simple here which is the best thing both for the customers and for our own operations.”

So simple, in fact, that when you ring Whiteline to talk business, sales or compliance you’re likely to be speaking directly to Sharon herself.

Leah handles accounts, Mel looks after the staff, the payroll and creditors and if there’s a mechanical issue then Phil, proud parent of a brand-new Whiteline Transport workshop, picks up the phone from across the depot.

“If you’re dealing with us, you’re not dealing with lots of different people or layers of management for different things.. here you get the answer you want.”

It’s an approach that has allowed Whiteline to continue to flourish, through the peaks and troughs of the Transport Industry, economic woes and even the current Covid-19 pandemic where freight has become more critical to Australia’s economy than perhaps ever before.

“Through everything, we haven’t lost that personal, family touch and that is really important to us.”

Check out https://whitelinetransport.com.au/ for more about our business.

“A lot of it was dirt road back then and it was really challenging. We have always had a thing about Perth and getting Perth right – and that is what we like to pride ourselves on. We have concentrated on a zone and an area and working on a way to perfect it and get it right.